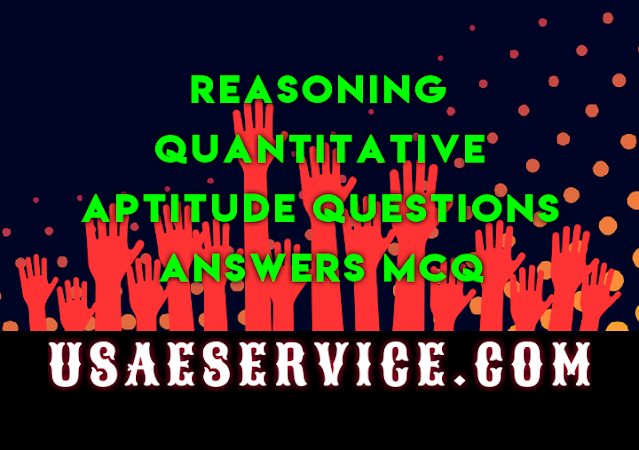 Q. Price is not the same thing as value. Suppose that on a day the price of everything viz., coal, bread, postage stamps, a day's labour, the  rent of houses, etc. were to double Prices then would certainly rise, but- values of all things except one would not.

The writer wants to say that, if prices of all things were doubled,

(a) the values of all things would remain constant.

(b) the values of the things sold would be doubled.

(c) the values of the things bought would be halved.

(d) the value of money only would be halved.

Ans.  (d) the value of money only would be halved.

Q. A and B decide to travel from place X to place Y by bus. A has Rs. 10 with him and he finds that it is 80% of the bus fare for two persons. B finds that he has Rs. 3 with him and hands it over to A. In this context, which one of the following statements is correct?

(a) Now the money A has just enough to buy two tickets.

(b) A still needs Rs. 2 for buying the tickets

(c) After buying the two tickets A will be left with 50 paise.

(d) The money A now has is still not sufficient to buy two tickets.

Ans.  (c) After buying the two tickets A will be left with 50 paise.

Q. As per agreement with a bank, a businessman had to refund a loan. in some equal installments without interest. After paying 18 installments he found that 60 percent of his loan was refunded. How many installments were there in the agreement?

Q. Liberty, therefore, is never real unless the Government can be called to account when it invades rights,

Which one of the following is the best justification of the above statement?

(d) In the understanding that liberty and, restraints are complementary

If they are made to sit in the above order of their height, who will occupy the mid position?

Q. Consider the following statements,  There are six villages A, B, C, D, E and F.

Which three villages are in a line?

Q. Four children are sitting in a row. A is occupying the seat next to B but not next to C. If C is not sitting next to D, who is/are occupying seat/seats adjacent to D?

1. the hour and minute hands of a clock move without jerking.

3. the two hands of the clock are one above the other.

After how many minutes (nearest integer) with the two hands be again lying one above the other?

Directions for the following 3 (three) items, Read the passage given below and answer the items that follow,

A, B, C, D, E, F are members of a family. They are engineer, stenographer, doctor, draughtsman, lawyer and judge (not in order). A, the engineer is married to the lady stenographer. The judge is married to the lawyer. F, the draughtsman is the son of B and brother of E. C, the lawyer is the daughter-in-law of D. E is the unmarried doctor. D is the grandmother of F. There are two married couples in the family.

Q. What is the profession of B?

Q. Which of the following is/are couple/couples?

Q. What is the profession of D?

Q. The number of deaths among the army personnel is 8 in 1000, but among the civilian population it is 20 per 1000. Which one of the following inferences can be drawn from this statement?

(a) It is better to join the army.

(b) The relationship is fortuitous.

(c) Quality of Life Index is very high within the armed forces.

(d) The groups cannot be compared due to their heterogeneity.

Ans.  (d) The groups cannot be compared due to their heterogeneity.

Q. Given the statement: "Buses are the cause of more accidents than cars, and trucks causes fewer accidents than buses", which of the following conclusions can we draw?

(a) There are more buses on the road than trucks.

(b) Car drivers are more careful than bus drivers.

(c) Truck drivers are more skilled than either car or bus drivers.

(d) None of the above

2. He attends Mathematics classes on Wednesday.

3. His Literature classes are not on Friday.

4. He attends History classes on the day following the day of his Mathematics classes.

5. On Tuesday, he attends his Sports classes.

If he attends just one subject in a day and his Sunday is free, then he is also free on,

Q. Location of B is north of A and location of C is east of A. The distances AB and AC are 5 km and 12 km respectively. The shortest distance (in km) between the locations B and C is,

Q. Two cars start towards each other, from two places A and B which are at a distance of 160 km. They start at the same time 08 : 10 AM. If the speeds of the cars are 50 km and 30 km per hour respectively, they will meet each other at,

Q. A gardener increased the area of his rectangular garden by increasing its length by 40% and decreasing its width by 20%. The area of the new garden,

(d) is exactly the same as the old area.

Q. If Sohan, while selling two goats at the same price, makes a profit of 10% on one goat and suffers a loss of 10% on the other,

(a) he makes no profit and no loss.