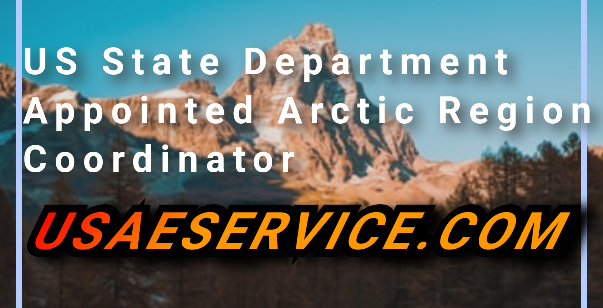 The United States Department of State has appointed Jim DeHart as the US coordinator for the Arctic region. Acting as principal advisor to the Secretary and Deputy Secretary on all Arctic affairs, DeHart focuses on the Department's policy-making diplomatic engagement on Arctic-related issues to advance American interests in the area related to security, and sustainable economic Will lead and coordinate development, cooperation among Arctic states to support and strengthen rule-based order in the region. Mr. DeHart holds the rank of Minister Counselor is a 28-year career member of the Senior Foreign Service. He most recently served as Senior Advisor for Security Negotiations and Agreements from 2019-2020, where he led the negotiation of forces positions, defense cooperation and burden-sharing agreements worldwide. Mr. DeHart served as the Deputy Chief of Mission in Oslo, Norway, with an extended period as Charge affaire. He brings significant experience in regional security, civil-military cooperation and international negotiations. A hallmark of his career has been close cooperation with American allies and allies to advance our shared interests and values. The United States plays an important leadership role on Arctic issues with the international community and ensuring a peaceful region Is committed to where American interests are protected, American homeland is protected, and Arctic states work cooperatively to meet shared challenges. The State Department works with the federal government state and local government and Arctic indigenous communities to maintain American leadership in the region to ensure a safe, secure and prosperous future for all Arctic peoples. The appointment of Jim DeHart reaffirms the United States' commitment to the arctic mission.
Next Post
Previous Post