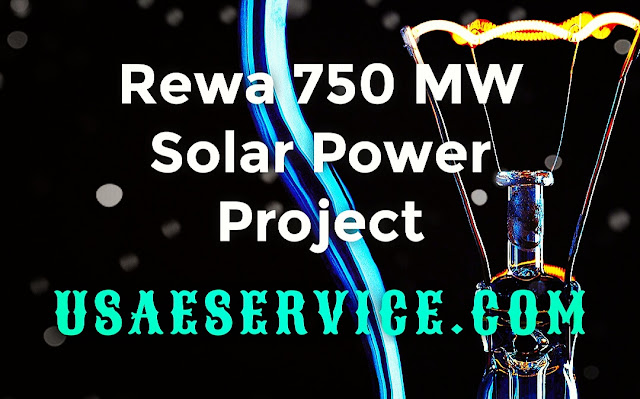 
Installation of a 750 MW solar project in Rewa, Madhya Pradesh on 10 July 2020. The project consists of three 250 MW solar generating units on 500 hectares of land located inside a solar park (total area 1500 ha). Rewa Ultra Mega Solar Limited (RUMSL) developed the Rewa solar park in Madhya Pradesh, a joint venture company of Madhya Pradesh Urjavikas Nigam Limited (MPUVN), and Solar Energy Corporation of India (SECI), a central sector undertaking. Central Financial Assistance Rs 138 crore has been provided to RUMSL for the development of the Rewa solar park. Mahindra Renewables Private Limited, ACME Jaipur Solar Power Private Limited, and Rinson Clean Energy Private Limited were selected by RUMSL to develop three 250 MW solar power units inside Solar Park through reverse auction Was. The Rewa Solar Project is an example of the outstanding results that can be achieved if there is coordination between the Central and State Governments. The Rewa Solar Project was the first solar project in the country to break the grid parity tariff barrier. This project will reduce carbon emissions by almost equal to emissions. 1.5 million tonnes of CO2 per year. The Rewa project has been accepted in India and abroad for its strong project structure and innovations. Its payment protection mechanism has been recommended by MNRE as a model to other states to reduce risk for power developers. It has also received the World Bank Group President's Award for Innovation and Excellence and was included in the book "A Book of Innovation: New Beginning" released by the Prime Minister. The project is also the first renewable energy project to be supplied to an institutional customer outside the state, namely the Delhi Metro, which will receive 24% of the energy from the project, with the remaining 76% to be supplied to the state discoms of Madhya Pradesh. Till date, India fulfills India's commitment to achieve the target of 175 GW of installed renewable energy capacity, including 100 GW of solar installed capacity.
Next Post
Previous Post