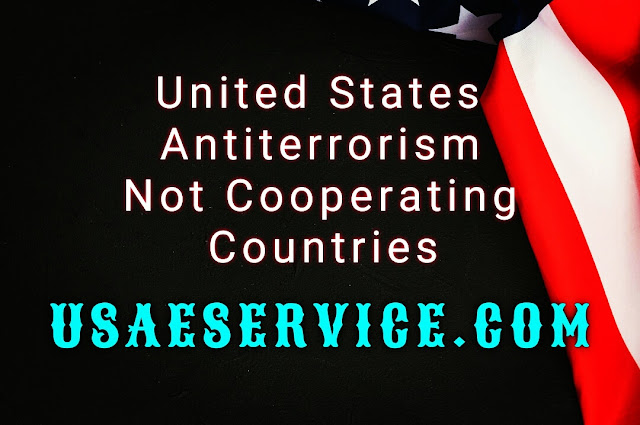 
The United States Department of State informed Congress that Iran, North Korea, Syria, Venezuela and Cuba were certified under Section 40A (a) of the Arms Export Control Act, with United States counter terrorism efforts in 2019 fully Not cooperating. Cuba has been certified as not fully cooperating since 2015, since the first year. This certificate did not allow the sale or license for export of defense articles, and services and informs the US public and international community, that these countries are not fully cooperating in US counter-terrorism efforts. In 2019 Iran has been the largest state sponsor of terrorism worldwide, with Hezbollah, Palestinian terrorist groups and the entire Middle East Active other terrorist groups supported. In 2019 Iran maintained its support for various Iraqi Shia militant groups, including Qatab Hezbollah (KH), Harkat al-Nujaba (HAN), and Assaib Ahl al-Haq (AAH). Iran's Islamic Revolutionary Guard Corps (IRGC), a designated foreign terrorist organization, has been directly involved in the terrorist conspiracy and has killed American civilians. The IRGC most prominently through itjl force has the biggest role among Iranian regime actors in directing and carrying out a global terrorist operation. North Korea, The Japanese government also believed that the fate of the 12 Japanese nationals kidnapped by the DPRK's state institutions had been fully investigated in the 1970s and 1980s. Syria continues its political and military support for terrorist groups Have included the provision of arms and political support to Hezbollah. In 2019, the Assad regime's relationship with Hezbollah and Iran strengthened as the regime became more dependent on external forces, so that they could fight with opponents and protected areas. The IRGC and IRGC-backed militias are present and active in the country with the permission of President Bashar al-Assad. Venezuela In 2019, Maduro and members of his former regime in Venezuela allowed an atmosphere for terrorists in the region to maintain a presence. Continued to provide. Although Maduro was not the recognized President of Venezuela during this period, his control within Venezuela effectively collaborated with the United States on counter terrorism efforts. Individuals belonging to the Revolutionary Armed Forces of Colombia (FARC), who are committed to terrorism despite the peace agreement and the National Liberation Army (ELN) were present in the country. The United States  Department of Justice has accused Maduro and some other former regime members of running a narco-terrorism partnership with the FARC for the past 20 years. Cuba Members of the ELN, who traveled to Havana to hold peace talks with the Colombian government in 2017 lived in Cuba. Citing peace negotiation protocol, Cuba requested Colombia to extradite ten ELV leaders living in Havana after claiming responsibility for the group. The Bogota Police Academy bombings for January 2019 in which 22 people were killed and more than 60 people were injured. the vital counter terrorism objective of combating organizations such as the ELN, Cuba's refusal to productivity with the Colombian government shows, that it is Colombia's To secure efforts not to cooperate in America's work. A fair and lasting peace, security and opportunity for its people. Many of Cuba's refugees are fugitives from justice, wanted on charges of political violence, many of whom have been living in Cuba for decades. the Cuban regime has refused to return Joan Chesimard, who was found guilty of executing New Jersey State Trooper Werner Foster in 1973.
Next Post
Previous Post