12 Billion Dollars Investment In The United States By TSMC 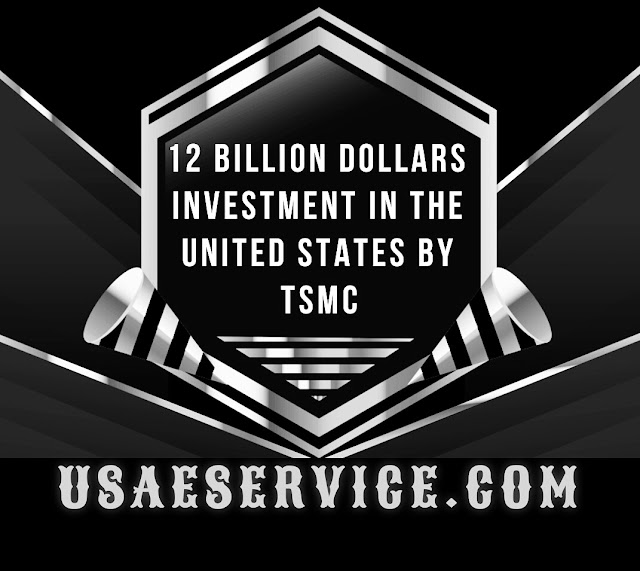 12 Dollars Investment In The US Semiconductor Industry


The Taiwan Semiconductor Manufacturing Corporation (TSMC) announced, to plan investment of 12 billion dollars in the United States of Arizona state, starting in 2021 to develop the most cutting edge nanometer semiconductor fabrication in the world. The TSMC deal is a game changer for the American semiconductor industry, that will be boost American national security and our economic prosperity. the United States Department of Commerce announced that the design and manufacture of the United States semiconductors abroad can be security threats for the United States. There are plans to restrict Huawei's technology and software use in the United States. The purpose of this action is to cut off Huawei and the extension PRC's efforts to weaken US export controls. TSMC will invest $ 12 billion, which is actually a very large sum, perhaps one of the most historic authoring in decades, and to develop the world's most advanced five nanometer chip manufacturing facility in Arizona from 2021 to 2029. this means that chips critical to our lives and national security will made in the United States, where the semiconductor industry was first invented. The chips will power everything from smartphones to 5G base stations to F-35s aircrafts, that will help protect our homeland. The deal will be a big game changer for America's semiconductor industry. It is a giant leap towards bringing high-tech manufacturing back in the United States. more than 50 percent of the employees working in this semiconductor fabrication are going to have a master's degree or higher. And the clustering effect is probably unique to the semiconductor industry or at least really sharp, and is where all ecosystems form. certainly create thousands of jobs across the entire supply chain and in-depth knowledge of technical training and the technological ecosystem. TSMC will train hundreds of American workers in Taiwan on its leading technology, and these workers will bring skills back to the United States, The deal will also promote state-of-the-art research and development by American universities campuses. At the very first it strengthens our relationship with Taiwan, a vibrant democracy and a force for good in the world, And a great friend to the United States. The United States President Trump wants to  make America stronger, safer and more prosperous. the expansion of the Direct Foreign Product Rule to remove Huawei from the United States export controls. Huawei benefited allowed it to use American electronic design software and manufacturing equipment to continue producing its own semiconductors. It is ending today. The United States is plugging this gap to prevent Huawei from exploiting American technology and endangering our national security. We urge our partners to align their domestic export control laws to address the very real security threat imposed by Huawei and the PRC. Huawei is a PRC state backed company serving as a tool for the Chinese Communist Party. The United States will continue to prohibit the most exports for Huawei. the 5G Clean Path initiative of the State Department was announced by Secretary Pompeo on 29 April. It added that 5G data entering and exiting our embassies, domestic and foreign, such as our embassies, would only have to be crossed through trusted devices. The 5G Clean Path is an end-to-end communication path that does not use any 5G transmission, control, computing, or storage equipment from an unreliable vendor, including Huawei and ZTE. 5G Clean Path prevents unreliable, high sensitivity blocking of siphon's ability to sensitive information in the hands of PRC. And we encourage all our allies and partners to join the need for a 5G Clean Path to their diplomatic facilities abroad. So just to sum it up, each of these initiatives will bring confidence, security and Makes a three legged stool of flexibility. Each reinforces the other and greatly enhances American national and economic security, especially as we face increasing competition from the PRC. maintaining solidarity with our trusted partners to support the United States, our companies and our friends to guarantee a safe future for people.
Next Post
Previous Post