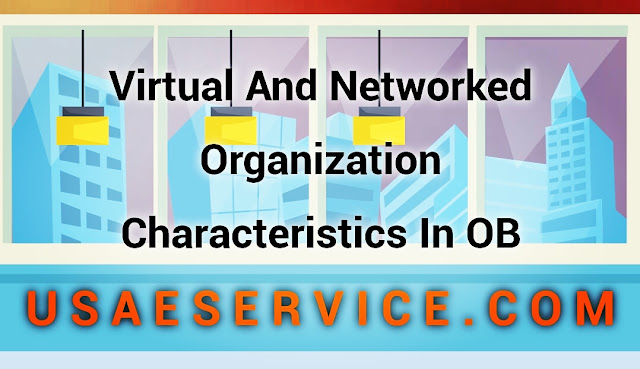 
According to the contemporary English language conception "virtual" means something very special. "Virtual" is almost something. Yet there are Virtual Organizations that perform very real tasks as a result of the products and benefits. To follow this development scholars try to develop and define virtuality as the frame of physiology, but in the frame of management the wide range of definitions makes it difficult to demand scholarly consensus. Virtual Organization has been defined as,
Cooperation of enterprises. (Arnold and Hartling, 1996);
A network of firms in association with the product of the day (Borgatti, 1996);
Group of people who guided and interact through interdependent tasks by common objectives, that link space, time, And works across organizational boundaries strengthened by webs of communication technologies. (Lipnank and Ticket, 1997);
A geographically distributed organization, whose members have long been tied-to words of common interest or goals and who communicate and coordinate their work through information technology. (Ahuja and Carly, 1998);
A task project or permanent organization that is decentralized and independent of any spatial relationship. (Fisher and Fisher, 1998; Hoefling, 2001);
Building a network or using loose alliances and administrative services. Integrated computer and communication technology to connect different groups. Personnel for a specific business purpose, when the purpose is different from being met done. (Wilson, 1999);
Geographically scattered individuals, short time or permanent groups of groups, organizational units that do not belong to one firm or organization, or may be an organization that relies on electronic interconnection. (Papajogulu et al., 2000);
An aggregation of autonomous agents who are communicating and collaborating achieve common goals. (Gallivan, 2001);
A consolidation made up of truly existing organizations and individuals. (Okokane, 2002);
A consolidation of multiple business units that have human and work processes to interact, achieving common outcomes and mutual benefits. Butkus (2003);
An entity that uses information technology networks to connect people, assets, and ideas without creating and delivering products, and services to traditional organizational boundaries or physical spaces. (Loudon and Loudon, 2004);
A network of people or organizations that are independent is a common realization of the project or common economic activity communication of information, and information is not dependent on process and time through information technology and space. (Vernus and Valcin, 2006);
A flexible, dynamic structure of geographically dispersed entities, where communication is realized mostly or exclusively by electronic means, where tasks are divided according to the expertise or ability of the member. (Dumitrescu, 2009);
A single entity, acting as a self-sufficient organizational unity and using a combined information system built with networking and information technology (Ratkus, 2011).
Since Virtual Organization is mostly integrated with a unity of partners Described in what it considers organizational as communication direction external in VO for member of unity. Dubey and Savaneviciene (2010).
state in their research, that an organization without ICT-based communication between partners can be network only, not virtual. Some authors, as Forslund et all (1998) and Camarinha-Matos et al (2009) do not present concrete definitions for Virtual Organization, yet they emphasize companies that are service providers as potential members of VO . Mowshowitz (2002), Msanila and Afsarmanesh (2008) summarized Virtual Organization managing goal-oriented activity in a way independent of the means for its realization. As the geographical distribution is being mentioned by most authors, there are also those who compare conception as 'virtual' equivalent to the geographically dispersed '' (Durrett & Snyder, 1999; Lipnack & Stamps; 2000; Muethel And Hogle, 2010). Duoba and Duobine (2011) stated virtual organization features are defining geographic distribution, networking, identity, orientation to essential orientation, orientation to trust, consumer and Information Communication  Technology (ICT) use. Direct and indirect definitions of VOs allow single salient features of presenting Virtual organizations to single out a possible consensus on the case.


Recognized characteristics have not been as aspects of the Virtual Organization, but in 1993 prospects for business by Sproll and Kiesler, stated differs from the traditional workplace in relation to time, space and employees, whose organization Connected Internet or a commercial network may belong to electronic groups whose members come from many different organizations. The following are the main Characteristics of Virtual Organization. Consolidation of organizations groups or individuals through external communication. Self-reliant unity Communicate through geographically distributed Internet Communication Technology. No dependence on time or space Share purpose Short time or permanent unit.


A concept "network" is Only the basic verb form in the English dictionary. networked is described in two aspects first is computer connections and second is communication with others. Network is as much of a computer connection as people interact. Computer networking does not replace other forms of human communication; It increases human range of connectivity and the number of ways in which it is capable of making contact with others (Harsim, 1993).
Parker (2007) suggested that networks require actors and social relationships connected by relationships, shared power in decentralized decision-making (the absence of single-actor control and domination), information transfer and sensitivity (reflection) on practice and the world. Thoughts of), actors run out of recognition that influence them and are influenced by the behavior of other actors Finance. As the "networked" concept has no single meaning, the networked organization is even more distant, as defined in the consensus. The definition of Networked Organization is as follows.
An organization, or organizational area, where all members are connected through a single electronic network, to communicate (sometimes non-work matters) and through it they access information or Provide information. (Sproll & Kissler, 1991).
Traditional company boundaries with rich communication environments, information flow. (RockArt & Short, 1991).
Communication structures based on electronic structures where information spreads flexibly and expands group and organizational boundaries. (Miles and Snow 1992).
Acquisition and then expansion of a computer-mediated communication system improved unified connectivity with its neighbors in other countries. (Lee, 1995).
A collection of autonomous firms or units that behave as one large entity, using social mechanisms for coordination and control. (Borgatti, 1996).
A distributed or loose coalition of manufacturing and administrative services using a commercial purpose, then disarming when the objective is met. (Wilson, 1997).
Networked organization defined by the structure, process and elements of the objective Unit. a networked organization combines co-specialized, possibly intangible, assets under shared control. Joint ownership is necessary but it must also produce an integrated method of property, communication, and command in an efficient and flexible manner. Constitutionally, a network organization lacks participating agents' allowing agents to emerge or fade with the development or disintegration of action relations through their roles and positions within the organization while allowing others. (Van Elstein, 1997).
A collection of associations with linkages bind them to each other is often organized around a focal organization. There are many variations on joint partnerships, including strategic alliances, network organizational forms, R&D and a host of others. (Monge and Contractor, 1997).
An organization that uses information and communication technologies to expand its boundaries and physical location. (Smirnov et al., 2004).
Networked Organization is a structure that relies on multilateral cooperative relations. The existence of dense networks of communication between people based on structural, temporal and geographical boundaries. (Kimble, 2008).
An independent company in distributed networks. (Smirnov et al., 2008).
A management structure in which organizational units are tightened, such as the Keek honeycomb, where there is a molten network of relationships and functions. (Civiocla, 2011).
The other authors only give Networked Organization without definition. Emphasize particular aspects, such as RockArt and Short (1991), Wilson (1995), Norvis (2003), etc. RockArt and Short (1991) share the qualities of a networked organization which are, Specialization; work; Decision making; priority of time and issues; Responsibility, accountability and trust; Recognition and reward.