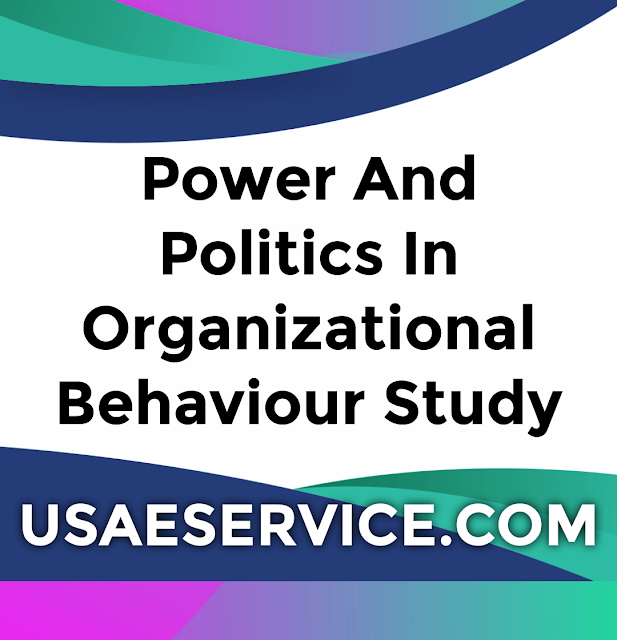 
This groups may be based on the differences determined by departmental work activity, or organizational hierarchy.


These groups can be defined as a group of actors who have similar goals and their Equality of Interdependence to achieve goals relation to the operation of their work.


An alliance is formed by groups of interested groups. Which Can be defined as to achieve common goals. They are based on joint action of two or more interest groups against another interest groups.


Gbadamosi in 1996 give the definition of power that, Power is the ability to employ force and mobilize resources, energy and information on behalf of a preferred goal.

Max Weber given powe definition in 1947 which is that, Power is the possibility that a person can do their will despite resist

Power is to impose individual will on group of individuals in spite of others Resistance. Which can be regular supply stop, rewards And punishment, as well as the effect is made in negative approval given by Blan in 1964.

Mechanic given the definition of power in1962 that, Power is defined as a force that results change in behavior, if power is not present that does not exist.

Kaplan in 1964 told that, Power] is the ability of one person or group of individuals to influence others behavior, that is, to change the possibilities that others have in some ways Replies.


It rests on the ability to exert the threat of physical sanction.


It is based on the control of material resources and rewards.


This power is based on the control of symbolic rewards.


After identifying the primary source of power, There are four main sources of power they are
Office or structural position Power
Individual Characteristics Power
Expertise power
Opportunity power


The most marked personal attribute that is a source of this is Shakti Charisma. As Weber (1947) states, the charismatic leader possesses the power of unusual and often mysterious characteristics. However, relevant personal characteristics may include verbal skills, the ability to reason effectively for positions, or even physical features for example, the physical disability of a supporter's loyalty or the opposing position.

The flow of power


The word politics is derived from the Greek word "politics" which means a city or state. Originally Aristotle in 384 to 322 used this word in his book Politics refers to Greek city or state affairs. according to Aristotle view, man is a political human being that interacts with other or more persons, creating a relationship called politics. in 1951 lasswell told about the politics that politics is essentially a struggle for positions or power and influence by which such monopolies enabling society to make decisions that, affect the lives of every citizen of the country. politics can be practice in both governments and organizations for the purpose of fighting for power and influence, conflict, bargaining. Conciliation, resolution and consensus. there are two types of politics, which are, state politics and organizational politics. Here, we will mainly focus on organizational politics. Organizational politics deals with behaviors that are excluded from those in which one has taken a specific position for or against organization, the behavior intended to achieve selfish and personal ends which Others are opposed to the end of the organization. They seem impracticable but at the same time there are wide shifts from organization to organization. Ethical issues often come up and bargaining is an important consideration in Organizational politics. Organizational politics creates very reactionary reactions because people look at the whole. The way both negative and positive process depends on the particular viewpoint. However, those who succeed in organizational politics are seen to be positive, perhaps they are also successful competitors in other respects.


There are following organizational politics tactics proposed to gain a competitive advantage. Experts influence the timing and location of your bargaining efforts so that situations are chosen to support your goals. In many cases, it is advisable to bargain in your home area. this is a desirable bargaining strategy to hide your true interests for as long as possible. Service Being overly eager can leave you with a loss of district. Regarding other related ideas. Initially shoot for the moon so that you can settle for less but do not use this tactic for the same person. Identify any weaknesses that may be counterproductive and work continuously on. Promote them. Bind assemblies are alliances that try to indicate the difference between the alliance and any of your common interests with each member, thus attempting to divide and conquer. Establish alliances with superiors, peers, and subordinates so that when needed Be counted on your behalf. Select subordinates who are not only competent but reliable, and loyal. You do not get in a position to rely on the expertise of an opponent. if you are not knowledgeable in an area, secure your own expert and take steps to establish that credibility. Do not injure any other person in a position so that he couldn't take revenge. Do nothing to isolate or anger former allies when you step down. Unexpected burnt bridges As may be required. If the proposal developed by an adversary is unattractive, but cannot be rejected immediately, an attempt was made to refer to a committee to reduce it and widen the bargaining area. If the outcome is uncertain, It is often desirable to support aggressive efforts rather than someone else to get themselves ahead. That way, it can be easier to get on if you are in a hurry to sink. Steer the ship. In dealing with an opponent, try to leave the door open so that there is no communication is closed, if necessary differences can still be resolved. Avoid dealing with personality, never personally attack the adversary and focus on real facts and issues. Solve an issue when and under what circumstances a vote should be used. When you know how to let matters go to vote for a resolution. These were the importance organization politics tactics.
Next Post
Previous Post