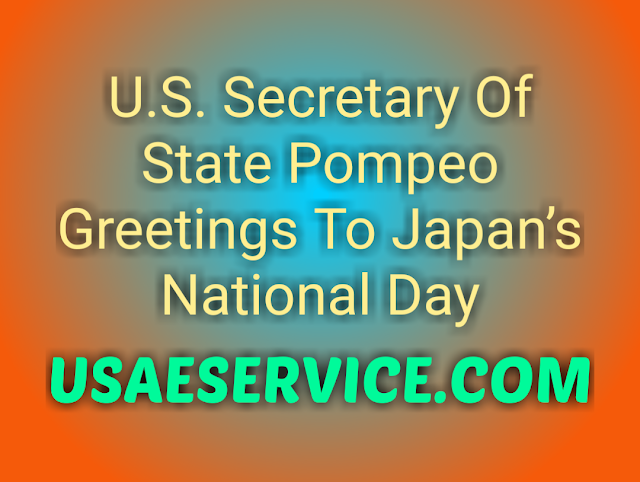 
On behalf of the Government of the United States and the American people, United States Secretary of State R. Pompeo send his heartiest greetings to Emperor Naruhito on the occasion of his 60th birthday on 23 February. The President and I were honored to visit Japan in 2019, and we are thankful for both the Emperor and the Japanese people for their warm welcome. President Trump was the first head of state to continue the legacy of a great relationship started by Emperor Emeritus Akihito, and the President after he ascended the throne with Emperor Naruhito. This year marks a new era of cooperation between the leadership of United States and Japan. This is the beginning as we work together to address both regional and global challenges. Japan and the United States continue to strengthen our stable alliance every day, drawing on our common values and interests to pursue a shared vision for an independent and open Indo-Pacific. We praise Japan's efforts to strengthen democratic institutions, promote sustainable economic development, promote women's empowerment, strengthen the rule of law, and respond to global challenges around the world. Wish the Japanese people peace and prosperity in the year. Source United States Government Websites.
Next Post
Previous Post