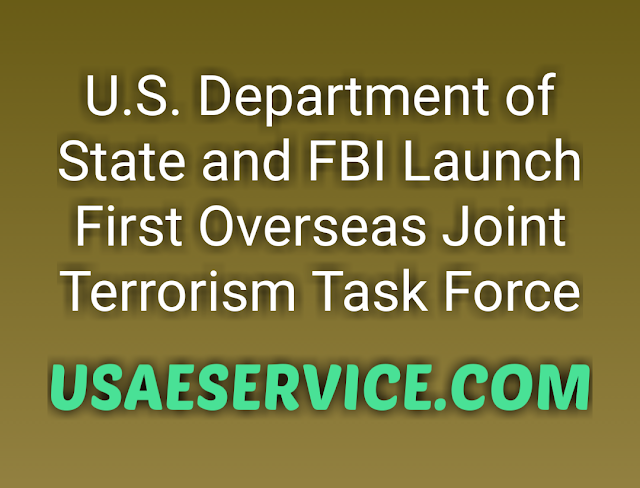 
The United States Department of State and Federal Investigations has partnered together to assist Kenya in forming the first Overseas Joint Terrorism Task Force (JTTF) to be located outside the United States. The Kenyan and United States led JTTF will be a multi-agency counter-terrorism investigation force in Nairobi, Kenya. The initiative to establish the Kenyan Joint Terrorism Task Force (JTTF-K) on January 16, 2019, at the Dusitad 2 Hotel in Nairobi, Kenya, after Al-Shabaab Started the terrorist attack. The JTTF required a pressure that could be met through which the FBI's training expertise combined with the State Department Bureau of Counterterrorism (CT Bureau) capacity-building efforts. 42 selected Kenyan investigators to the FBI Academy in Quantico, Virginia Will receive 12 weeks of intensive counter-notification training. The FBI will implement the curriculum and provide training with assistance from other agencies, as applicable. The FBI and the CT Bureau will collaborate and assess the program. The team will adopt the practices used by the U.S.-based JTTF and trained to handle sensitive counter-terrorism intelligence shared with the Kenyan government. Investigators will be trained and equipped to investigate all terrorism cases of critical importance in Kenya's National Security Council. Upon completion of the course, JTTF-K officials will return to Kenya, where they will be assisted by FBI Special Trainer Mentor. Investigations by JTTF-K will be conducted in accordance with international law enforcement standards and compliance with human rights. Legal authorities will be drawn from the Kenyan Constitution and international treaties. The JTTF Cases will be transferred to Kenya's courts for prosecute, which promote the US goal of enabling foreign partners to successfully counter terrorist threats. JTTF-K to build partner law enforcement capacity of counter-terrorism The State Government's Bureau of Counterterrorism, under the Anti-Terrorism Participation Fund set up by the Congress. Appropriate fund is provided for broader program with Kenya to promote terrorism investigation and prosecution, enhance crisis response, and strengthen border security.
Next Post
Previous Post