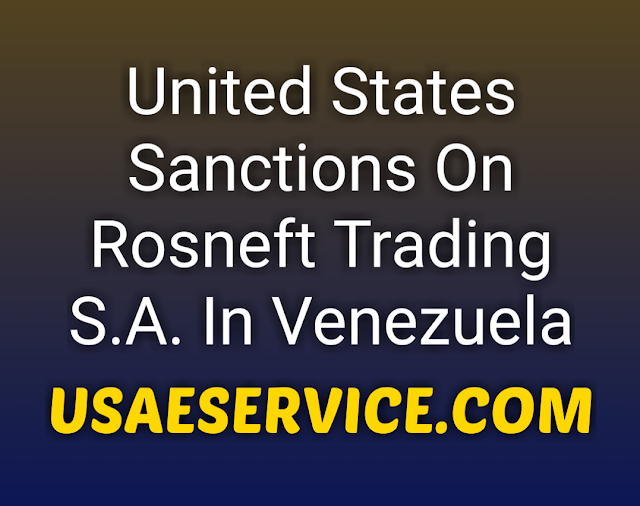 
On February 18, the United States took action to prevent the theft of Venezuelan assets, by the former Maduro regime of Venezuela. And maintain democracy in Venezuela, United States Sanctions to Rosneft Trading S.A., a Swiss-incorporated, Russian Owned oil brokerage firm. Additionally, Didier Casimiro, President and Chairman of the Rosneft Trading Board, who also serves as Vice President of Rosneft for Refining, Petrochemical, Commerce and Logistics, is nominated for acting or for the purpose of acting on behalf of Rosneft Trading As the primary broker of global deals for the sale and transportation of Venezuela crude oil, which is the suppression of the people of Venezuela. In former Maduro regime Venezuela's institutions, economy, and infrastructure were destroyed very badly, while enriching his own and cronies, welcoming the abuse of state power and his support from Russia, as well as Cuba, Iran and China. However, Interim President Juan Guado works with his coalition of international partners towards a better future for the people of Venezuela. , Maduro is increasingly isolated and dependent on the support of a small group of thieving regimes, allied to Venezuelan resources to rob. The people of Venezuela have spoken out boldly against Maduro and his corrupt allies and demand freedom and adherence to the rule of law. The United States is committed to standing with them until democracy and prosperity are restored in Venezuela. Source United States Government Websites.
Next Post
Previous Post