United States Next Steps Toward U.S. And Taliban Agreement 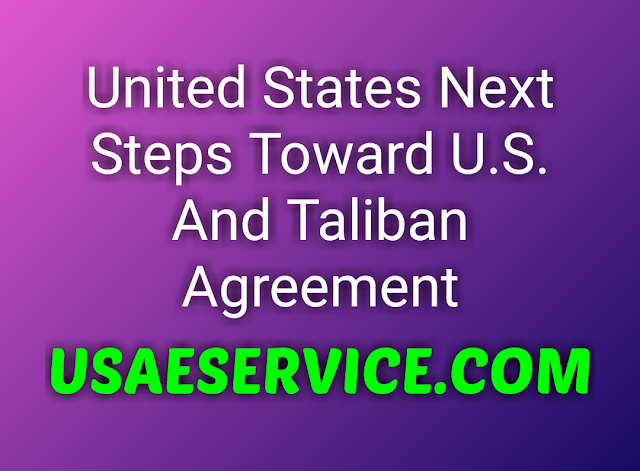 
The United States and the Taliban are engaged in extensive negotiations to end a war in Afghanistan, facilitate a political settlement to reduce the presence of United States military and allied forces, and ensure that no terrorist group from any where  could not use Afghanistan soil to threaten America or our allies. In recent weeks, American negotiators in Doha, in consultation with the Government of National Unity, have come to an understanding with the Taliban on a significant and nationwide reduction in violence in Afghanistan. Upon successful implementation of this understanding, the signing of the US-Taliban Agreement is expected to proceed. We are preparing for the signature on 29 February. Intra-Afghan talks will begin shortly thereafter, form this fundamental step to deliver a comprehensive and lasting cease-fire and future political roadmap for Afghanistan. The only way to achieve a lasting peace in Afghanistan is for the Afghans to come together and agree on the way forward. The challenges will remain, but the progress in Doha offers hope and represents a real opportunity. The United States calls on all Afghans to seize the moment. America thanked the State of Qatar and all other allies and allies who are supporting peace in Afghanistan. Source United States Government Websites.
Next Post
Previous Post