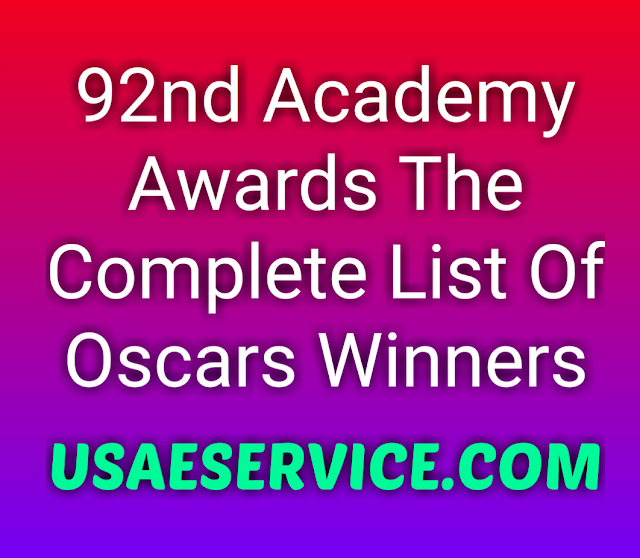 
Hollywood Film Industry celebrities gathered under one roof to celebrate the 92nd Academy Awards Or Oscars on Sunday night at the Dolby Theater in Los Angeles, California. This oscars award functions recognizes the best works in the film industry, the South Korean film Parasite Bag was seen at most major awards, including the Best Picture award. 'Joker' which was leading with 11 nominations, managed to win 2 awards on the grand stage of all. In the acting categories, Joaquin Phoenix and Renee Zellweger won Best Actor and Actress awards. Apart from him, the surprise performance of rape sensation Eminem became the talk of the town. The Best Oscars winners are,