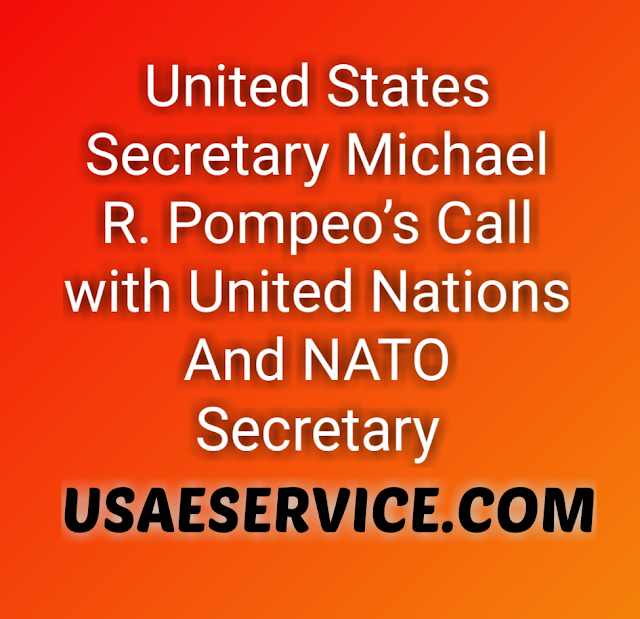 
United States Secretary Michael R. Pompeo spoke today with UN Secretary-General Antonio Guterres. He discussed the ongoing development in the Middle East, as well as the enduring importance of the United Nations Charter, which was the subject of a high-level open debate in the UN Security Council today.


Secretary of State Michael R. Pompeo spoke today with NATO Secretary General Jane Stoltenberg about the Iranian regime's dangerous offensive against Ayn al-Assad and Erbil Air Base, and Iran remains a threat to the region. Secretary Pompio reiterated President Trump's call for NATO to become more involved in the Middle East, and both agreed NATO could contribute more to regional security and the fight against international terrorism. The Secretary-General jointly condemned the instability violence of Iran and are committed to combating international terrorism, including NATO's participation and training missions in the Global Alliance to defeat ISIS in Iraq and Afghanistan.
Next Post
Previous Post