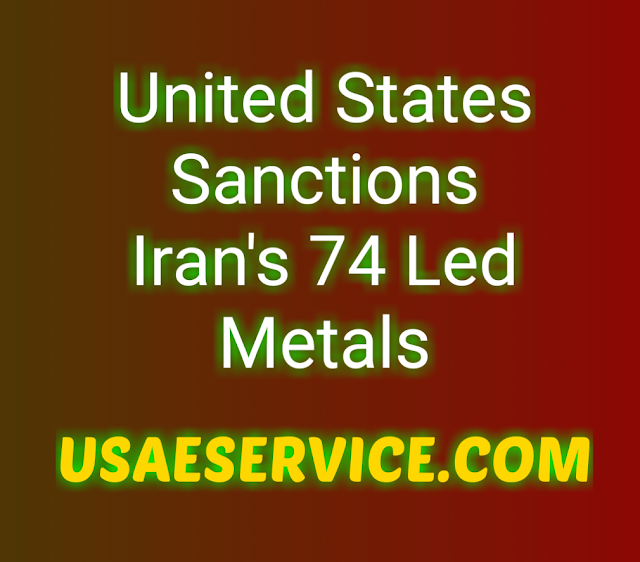 
The Iranian regime exploits revenue from its metals industry to fund its volatile activities. Accordingly, the State Department is approving Pamchell Trading (Beijing) Co., Ltd. to transfer 29,000 metric tons of steel from Iran in accordance with Section 1245 of the Iran's Freedom and Counter-proliferation Act (IFCA) which is specially designated to global terrorist. We are also making a second announcement regarding IFCA Section 1245 restrictions on individuals (entities and individuals) who knowingly sell, supply, or transfer, directly or indirectly, from Iran, raw or semi-finished metals, when such metals Used in connection, To be directly or indirectly controlled by Iran's energy, shipping or shipbuilding sectors or any sector of Iran's economy by a construction sector such as Iran's Revolutionary Guard Corps, is sold, supplied or transferred from an Iranian person included in the SDN list; Or scheduled to be used in connection with Iran's nuclear, military, or ballistic missile programs. Today, we are declaring that the Secretary of State includes "raw or semi-finished metals" under clause (d) of IFCA 1245, including 74 metals all types of materials and all alloys or Including compounds containing such material. This decision makes it clear to foreign stakeholders who supply, sell or transfer raw or semi-finished forms of these 74 metals, if certain other conditions are met, it is acceptable. United states  proclaming  to foreign counterparts about the importance of selling, pressing or transferring metals to or from Iran, and thus the Department is clarifying that the IFCA 1245 provision is "raw or semi- Finished Metals "include 74 metals, including all types of materials and all alloys or compounds.


The Names of 74 Sanctionable Metals