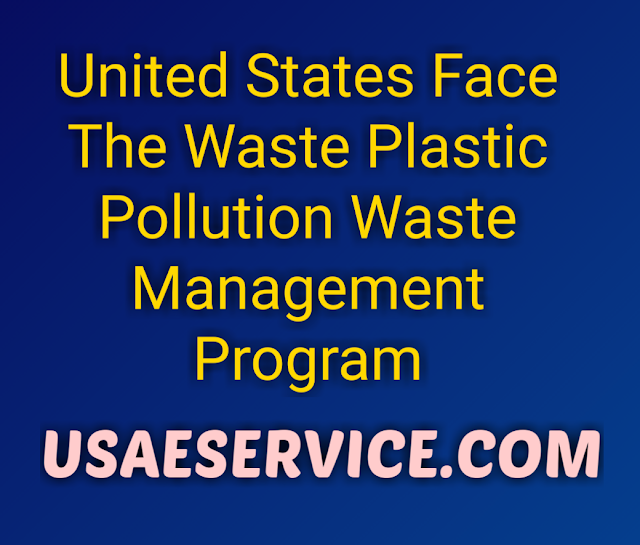 
Plastic waste cause of marine debris is an emerging challenge, that will require more collaboration between the United states government and scientists and researchers around the world. the issue of plastic waste or marine debris data figures are shocking. the 70% of municipalities in developing countries do not have access to waste management. If we do not work, by 2050 the sea may contain more plastic than fish. In fact, the World Bank estimates That in low-income countries, more than 90% of the population lacks access to appropriate waste management. according to the United Nations Environment Program, 300 million tons of plastics is produced in the world and About eight million tonnes of plastic per year end up in the seas. For a long time, we have seen mismanagement of waste management. But doing it correctly is expensive. In developing countries it can cost 20 to 50% of the municipal budget to manage waste properly. So many communities do not have the capacity or resources to deal with this problem. Local waste solutions in the United States are often not transferable to the circumstances facing a less developed country. This highlights the need for localized innovation, and what responses work in further research, and how they can be transferable. I believe the American scientific community is ready to help, improved public policy to more viable economic models for recycling and materials engineering. When you are ready, the State Department door is to help you take these solutions to the world. Meanwhile, the White House has addressed this issue. Took keen interest in In the last six months it has called on senior inter-leadership to develop an action plan to address the issue, and it is even more urgent as plastics are one of the fastest growing manufacturing industries in the United States, between 2017 And 2018 growing at 6.9%. And when you take into account its supply chain, it represents 1.81 million jobs and $ 590.6 billion in production. The solution to this problem is important for the US economy as well as the environment. This year, as part of our initial efforts, the United States Government will issue a framework to address ocean plastic pollution. Drawing from successful experiences and lessons in the United States, we will address this challenge internationally through a combination of capacity building, market-based approaches and support for innovation. In 2019, the United States Agency for International Development (USAID) Clean Cities, Blue Ocean's Initiative, to Build Capacity and Commitment for 3R. Its $ 48 Million Global programs, reduced, reused and recycled and improved solid waste management. Countries that are major contributors to sea plastic pollution. This assistance complements USAID's partnership with the private sector to address the problem, such as with a $ 100 million fund from Circle Capital that will catalyze investment in the recycling value chain in Asia.

The US Environmental Protection Agency (EPA)


There are several programs to address plastic waste nearby. EPA's WasteWise program encourages local governments, non-profit organizations, businesses, and multinational corporations to achieve sustainability in their waste practices and reduce waste. And, the EPA's Trash-Free Waters Program catalyzes action by bringing stakeholders together to identify and prioritize new low cost, low tech projects, that have a major impact on land based sources of mismanaged waste. The Department of Foreign Affairs contributed $ 800k to APEC for efforts to combat marine debris in APEC areas, and a roadmap on marine debris. the department provided a $ 1 million grant for ocean conservation for a project in Vietnam to address the problem. We are looking to demonstrate our waste management successes as a potential model for the region. We are also partnering together. Twenty-five years ago, Taiwan was named "Garbage Island", through extensive solid waste management policy and public awareness efforts, Taiwan now has recycling rates at more than 50% according to some estimates, We want to replicate this success with others in the region. We are also engaged on the UNEP Ad Hoc Open-ended Expert Group to take stock of existing activities to combat marine waste and to work with other countries to evaluate the effectiveness of these measures, so that potential options are provided. Can go Member countries at the Fifth United Nations Environment Assembly in February 2021. Furthermore, we focus on sanitary landfills, through small-scale and community-based projects in Colombia, Central America, and the Dominican Republic to increase the capacity of solid waste management. State Department presented an awareness campaign and challenge is called 'Face the West'. United states team will work with US Embassy officials abroad to raise awareness, and promote action for plastic pollution immediately and effectively with our counterparts.
Next Post
Previous Post