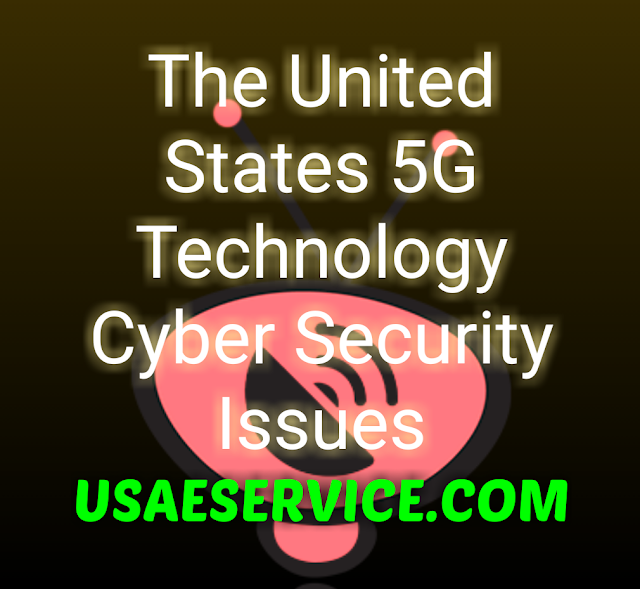 
The United States, State Department that is responsible for our international engagement in matters of cyber security and the digital economy.  the United States' efforts to promote an open, inter-trusted, reliable and secure cyberspace, and to see technology deployed around the world, including 5G technology, which is secure and reliable. As we Now let's see, almost half of the world's population will now connect to the Internet. We look forward to seeing 3 billion people connected after that. But more than that, the amount of deployment that we have seen, and we have clearly received tremendous economic as growth, trillions of dollars are generated in just one year because we are over-capacity; Greater sharing of data, information, Internationally, the ecosystem we have has improved the supply chain from the Internet. Of course, with those great opportunities, there are big challenges. Internally cyberspace is borderless, so action taken by one country in one part of the world can immediately affect others in other parts of the world, so we must cooperate and coordinate in cyberspace. We must use diplomatic means to ensure that we are coordinated with partners, colleagues and other friends to bring them, and then to ensure stability in cyberspace and to promote and prevent successful activities in cyberspace. Talk to competitors and consultants about. Prevent cyber incidents from occurring that might otherwise disrupt view commerce across cyberspace. One of the most significant achievements of this year on the cooperation front was during the high-level week at the United Nations General Assembly in late September. Deputy Secretary Sullivan led a ministerial engagement where we joined 26 other countries in a joint signing to sign our joint views about sustainability in cyberspace, including, first, the norms of responsible state behavior in cyberspace Committed to responsible state behavior, and crimes against these norms of responsible nation behavior. the United Nations has developed approximately 12 criteria for responsible state behavior. And so the golden rule of those norms is that one nation should not attack the other nation's critical infrastructure that is providing services to the public. We saw that action in recent years, including the launch of the Not Petia attack by Russia in 2018 that neutralized critical infrastructure around the world, along with North Korea's WannaCry ransomware attack Important services were interrupted. Publicly also. That is why we have promoted those norms. We have also joined the post-national cyber strategy, which was released in September of 2018. In the final year of implementation, we are leading the interim to implement our National Cyber Preventive Strategy. We know that our key competitors and consultants in cyberspace see cyber as an asymmetric tool to achieve their ends. . They will use cyber to achieve their political, economic, and even military end in cyberspace, so we must be vigilant in our response to those. And it is important that we continue to develop a global consensus around responsible state behavior in cyberspace. My office is also there to lead our efforts to work with our partners and allies and others, so that they can create fifth generation wireless Educate you about the technology or the risks from 5G. it undermines all of our future critical infrastructure and provides tremendous amounts of data that can be used for artificial intelligence and online services. And enable a whole new set of activities. But of course, when we have so much connectivity, its disruption of sensitive personal data and corporate data - could be put at risk in those networks. This is why we think that we should only be the most reliable for vendors that provide 5G equipment - namely, software and hardware - for those networks.
During the past year, we have worked very closely with European countries in particular, as they are one of the first to exit on 5G.


We had an EU risk assessment in early October noting a number of concerns that we are sharing with them, including that due to the nature of 5G there will be a new expanded software attack and those countries need to focus on the risk of third country impact on the vendors for those networks. China have indicated countries that have a national intelligence law that requires a company to take necessary actions by intelligence and security services and do so in secret. Such an effect has been highlighted in the risk assessment in the European Union, and this was further revealed on 3 December by the findings of the European Union Council, which also acknowledged that they would have a legal and policy framework governing the company. Need to see if there will be a vendor for 5G. So we have made a lot of progress in this. There will now be a set of security recommendations, a toolbox that they call for in the EU, likely to arrive from the EU this month or the next few months. So next year we are going to focus a lot on helping European countries implement these security measures. Security for 5G is not just about technical cyber measures that may include encryption, network architecture, configuration. It also focuses on what we call non-technical measures. This is the ability to trust a vendor in the network. It is natural for a vendor in the supply chain to place malicious code across several millions of lines of code and it cannot be discovered through any kind of technical means, so you must trust the network. We have seen that Europeans recognize this and we have started recognizing that concern to governments around the world. So we have made a lot of progress in that area. The third thing that I wanted to highlight was that the State Department is the head of many international communication standards bodies that we engage in worldwide. It was the conference last year at the World Radiocombinancing Conference - Sharm el-Sheikh, Egypt, which was important as they call their spectrum conference. we identified 17 GHz of millimeter-wave spectrum, which would be very important for the deployment of 5G. which was identified for 5G Spectrum, aligns with the Federal Communications Commission 5G Fast Plan. This means that we will continuously strive around the world to use the same band for 5G to increase the interoperability of devices and the scale of devices that are all using the same band. This was a significant result for us and the continued deployment of 5G in the United States. we are going to start a digital connectivity and cyberspace partnership, which is a way to support us, countries around the world have increased their connectivity and deploy sustainable models for digital infrastructure to do so in a manner that is consistent with open, secure and democratic values.
Next Post
Previous Post