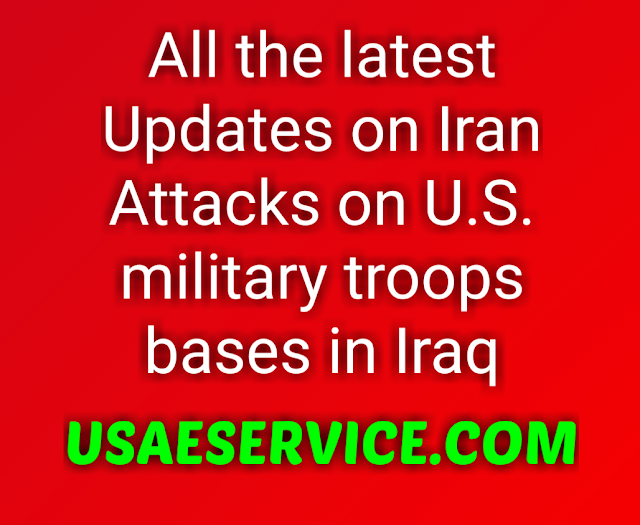 All the latest Updates on Iran Attacks on U.S. military troops bases in Iraq


All the latest Updates, Trump's military actions in Iran. Iran launches ballistic missiles targeted US troops in Iraq. Where Iraq airbases hosting United States and Others coalition military troops. missile attack by Iran on U.S. military troops bases in Iraq. the President stated in his remarks that there were no casualties; The governments of Iraq, Australia, Canada, Denmark, France, Germany, Netherlands, Norway, Poland and Spain also reported no casualties among their troops in Iraq.

Number of attacks by Iranian / Iranian-backed militias on US forces


Prior to last night's attack on Iraqi facilities by Iran, from September 2019 on the U.S. . There have been 14 attacks by Iran and Iranian-backed militias on the forces.
Next Post
Previous Post