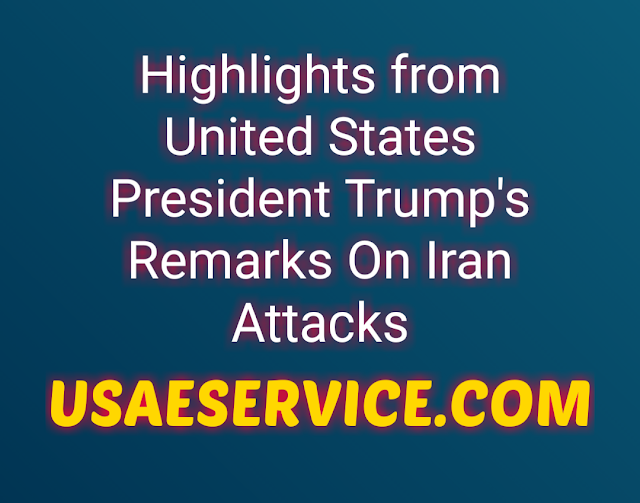 
Highlights from President Trump's comment on January 8, 2020: "As long as I am the President of the United States, Iran will never be allowed to carry nuclear weapons." "No American in last night's attack by the Iranian regime Not harmed We have not suffered any casualties, all our soldiers are safe, and only minimal damage has been done to our military bases. No American or Iraqi lives were lost. hands of Soleimani were filled with the blood of both Americans and Iranians. He should have been eliminated long ago. By removing Solaimani, we have sent a powerful message to the terrorists, If you value your own life, you will not endanger the lives of our people. The United States will immediately impose additional punitive economic sanctions on the Iranian regime. These powerful sanctions will remain in place until Iran changes its behavior. Iran should stop immediately its nuclear ambitions and support for terrorism.


It's the time for all the powerfull countries, United Kingdom, Germany, France, Russia and China to recognize this reality. Now they must get away from the remnants of the Iran deal or JCPOA, and all of us should work towards a compromise for making the world safer and more peaceful place. We must make a deal that allows Iran to flourish and prosper, and take advantage of its vast untapped potential. I want to NATO help to join the Middle East process. For the betterment of people and leaders of Iran. We want you to have a great future, that you deserve, Prosperity at home, and harmony with the countries of the world. The United States is ready to maintain the peace across the world.
Next Post
Previous Post