Management Theories Of Motivation In Organizations 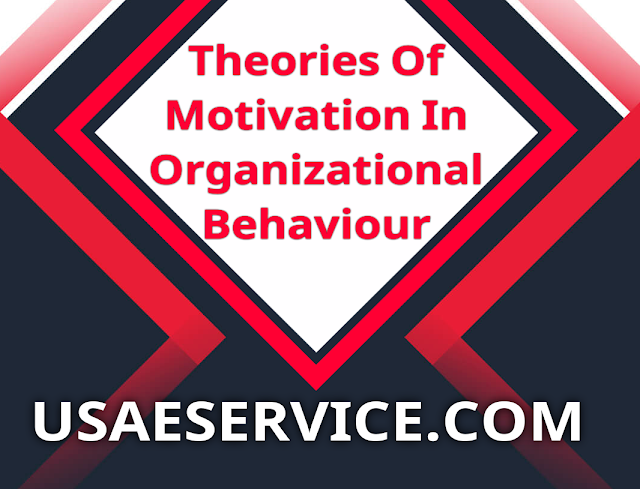 Theories Of Motivation In Management


Physiological Needs are the main basic requirements for the human life. mainly basic needs for human life are food, water, shelter, clothing, sexual satisfaction and the like. Maslow assumed that people did not inspire as long as these requirements are not complete satisfied to sustain life.


There is a need for safety and protection from physical danger, possibility of loss of job, property, food, or shelter.


Social Needs are necessary because people are social animals, they need to relate and accept others. Social needs are, Physical connection and contact, belonging, love and affection, acceptance and choice by peers.


Big desires needs are reasonably satisfied the needs of the ego, People want to be held in the esteem of both themselves and others. Such a requirement produces satisfaction such as power, prestige, status, and confidence. This includes internal respect factors such as self-esteem, autonomy, and achievement, And external honor factors such as status, recognition and attention.


Maslow considers Self Actualization Needs as the highest requirement in his hierarchy. It is the desire to become one, who is capable of becoming one to maximize one's potential and achieve something. It is clear that, it is impossible to motivate workers by fulfilling all of the above requirements. It is not valid for workers in developing countries. This may be true to some extent for developed countries. The strata are presented as triangles or pyramids with the largest and most basic strata at the lowest level, and requiring self realization at the top. When one need is satisfied to a great extent, then the next need dominates. No need is not made ever complete satisfaction, There is no need to be satisfied to a great extent. The highest level of pyramid is development needs into higher and lower orders, physical and safety requirements are described as lower-order. Social, respect, and self-realization are as higher-order needs. The requirements of the lower order are mainly satisfied externally.


In the 1960s, Douglas McGregor states two theories on employee motivation and management. His principles divided the employees into two categories Theory X and Theory Y. Theory X employees avoid working and dislike responsibility. To motivate them, employers need to enforce rules and enforce penalties. Theory Y employees trying to enjoy the work, when they have control over the workplace.  Douglas McGregor expressed his ideas of human nature in two sets, Theory X and Theory Y.


Theory X assumptions are negative. employees naturally dislike work and will try to avoid it whenever possible. employees Prefer to do work, if they should be confiscated, controlled or threatened with punishment. Employees will avoid responsibilities and make formal instructions whenever possible. managers think that external control is unreliable, irresponsible and apt to deal with immature people. Drawing too much on Maslow's hierarchy of needs, McGregor concludes that Principle-X's assumptions about the nature of man are usually But the management practices that develop from these beliefs are wrong and often lead people to work towards organizational goals Will fail to inspire. Management cannot be successful with direction and control because it is a questionable way of motivating those, whose physical and safety needs are fully satisfied, and whose social respect and self-realization needs are becoming stronger.


Theory Y assumptions are positive, employees want to see work being as comfort or play. People will make self-direction and self-control if they are committed to the objectives. The average person can learn to accept responsibility. The ability to make innovative decisions is widely spread across the employees. Theory-Y about the nature of humans Managers who accept beliefs do not structure, control, or closely monitor employees. Instead, these managers help their employees mature by subjecting them to progressively less external control, and greater self-control. Allow workers to meet the needs of social respect and self-realization. In Theory-Y, employees can achieve their personal goals by consulting, participating and communicating themselves for the objectives of the organizational goals. In this process, employees are expected to exercise a greater degree of intrinsic motivation. Theory X assumes that lower-order need to dominate individual. While Theory Y posits that higher-order needs to dominate individuals. McGregor himself  thinks that Theory Y's assumptions were more valid than Theory X. There is no evidence to confirm that any set of Theory X or Theory Y assumptions is valid. Either assumptions may be appropriate in a particular situation.


ERG theory includes three groups of core needs, which are existence, relatedness, and growth. ERG theory shows that an individual works on meeting these needs simultaneously or separately based on differences in goals, situation and environment.


These needs are frequent and widely important in a work setting. Some of them are job security, appropriate working conditions, proper working hours, pay and benefits, physical and safety requirements.


Related Needs require attention to, how people relate to their social environment. This includes relationships with others, family, supervisor, co-worker, subordinate, friend and so on. Maintain important interpersonal relationships between social and status desires require interaction with others.


Growth needs make a person to creative or productive. Growth satisfaction is a need to experience a person in the spirit of wholeness as a human being.


McClelland’s Acquired needs theory study the needs of individuals, and classify them into three motivational drivers, the need for achievement, power, or affiliation. In the theory of acquired needs, McClelland proposes that each individual's personal choice and personal experience comes in three types of requirements. David McClelland states, that How a person's life experiences can change the type of personal needs over time. McLelland suggested that we all have three motivational drivers, regardless of our gender, culture, or age, McClelland's theory of acquired needs is also known as "human motivation theory", or "motivational needs theory". It is used to understand the need of employees and to formulate a strategy for the motivational process in the organization.
McClelland’s Acquired Needs Theory Classifies Needs in following types.
Need for achievement.
Need for power.
Need for affiliation.


Edwin Locke theory of Goal setting theory of motivation states, that specific and challenging goals with appropriate feedback contribute to higher and better performance. Goals indicate and give direction to employees, what should be done and how much effort is needed. In the 1960s, Edwin Locke put the goal-setting principle of motivation. The theory states that goal setting is essentially tied to performance. In goal-setting theory, goals must be set based on 5 principles. To be motivated, goals setting theory must contain these Principles.
Clarity.
Challenge.
Commitment.
Feedback.
Task Complexity.
Self-efficiency.
Goal commitment.

Albert Bandura's Theory of Self Efficacy


B.F. Skinne Reinforcement Theory of motivation is the rule of effect, where behaviors are chosen by their consequences and ignore the individual's internal state. reinforcement theory of motivation was giving by B. F. Skinner and his colleagues. It states that a person's behavior is a function of its consequences. It is based on the "law of effect". The rule of effect is the idea that behaviors are chosen by their results, that is, the person's behavior with positive results is repeated, but the behavior of the person with negative consequences is not repeated. The reinforcement theory of motivation ignores the individual's internal state, that is, individuals internal feelings and drives are ignored by Skinner. This theory focuses solely on, what happens to a person when he takes some action. according to Skinner, the external environment of the organization is effectively and positively designed to motivate the employee.
The managers follow the given below methods for controlling the behavior of the employees, these are.
Positive Reinforcement.
Negative Reinforcement.
Punishment.
Extinction.


Cognitive theory of evaluation is describe to explain the effects of external outcomes on intrinsic motivation. In Cognitive evaluation theory there are two motivation systems; Internal and external, in Internal Motivational,  Responsibility and Competence that come from the actual performance of a task or job. In External motivation include, promotions, feedback, working conditions - Things that come from a person's environment are controlled by others. Internally motivated individuals perform for their achievement and satisfaction, The recognition is that the presence of powerful external motivators reduce a person internal motivation.


The expectancy theory of motivation says, that the strength of the tendency to act in a certain way depends on the strength of an expectation, that the act will be followed by a given outcome and the attraction of that outcome to the individual. Very simply The expectancy theory states that an employee will be motivated to, when he believes that, he will be better evaluate by organizational rewards for good performance. There are Three components of Expectancy theory.
Expectancy Effort Performance.
Instrumentality Performance Outcome.
Valence.


The equity theory of motivation, depends on employees perception, how appropriate compensation and treatment are for their work input. Equity theory states that employees compare their inputs-output ratio. Motivation's equity theory describes the relationship between an employee's perception of how he is being treated and motivated to work. This theory include following input output ratio parameters.

Inputs include following diverse elements that an employee believes that they contribute for a job are their education, experience, effort, loyalty, commitment.


Output results are the rewards they receive from their jobs and employers, including direct pay and bonuses, fringe benefits, job security, social rewards, and psychological.